It’s the beginning of October. It’s a time for cider, bonfires, comfort food, sweaters and boots. And it’s time for The Time Traveler’s Wife. I’ve told you before about my obsession with this novel, but here I am. I’m about to pull it off my shelf, crack it open, fall in love with it all over again.

I can’t explain it, but something about fall reminds me of this book and makes me want to read it, so I’ve made a tradition of it. Perhaps it’s because the first time I read it, it was fall. Perhaps it’s because the novel begins with a beautiful October day in Chicago, much like the one I’m enjoying today. Perhaps it’s the symmetry bittersweetness of golden leaves as they fall to the ground and the colorful, heartrending love story of Henry DeTamble and Clare Abshire that commands me: stop. read. relish.
So if you haven’t read it, now would be a wonderful time to start.
If you can narrow it down to just one, what is your favorite book? Do you have a book that you read over and over again? Do you reread a certain book at a certain time of year? Am I crazy?

If only there existed a magic button for my life, one that I could press to give me that time and space my mind needs to feel rested again. Today I find myself feeling cramped and small and crazed, oppressed by my insecurity. Oppressed by my inability to juggle and format and finish the things I need to do. Do you ever feel that way? This is how I’ve felt intermittently for the last few weeks.
Summer is my favorite season, because I feel an exuberance in the warmth of each day, an unquenchable need to celebrate life in all its green and flourishing glory. Each wedding, party, cook out, firework, each slice of watermelon and ice cold beverage wet with condensation is a joy to me. I don’t want it to end.

This week was sort of lack-luster, in case you couldn’t tell from my last post. I’m not one to let the weather get to me often, but the incessant rain left my spirit sodden with… ennui. 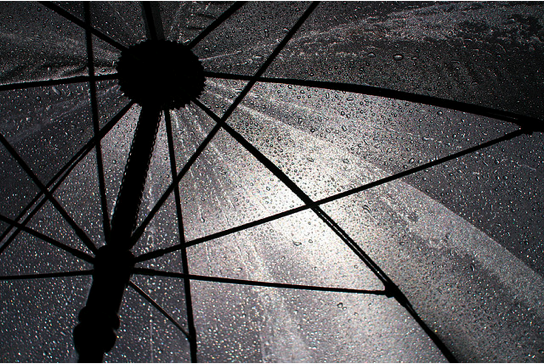 Yet, hope springs new when you need it. My friend Kate shared a link with me on Facebook the other day, and it was a fresh well of inspiration:

Austin Kleon, author of Newspaper Blackout shared some intriguing and true insight for artists in his recent post “How to Steal Like an Artist (And 9 Other Things Nobody Told Me).” One thing that really stuck out to me in his post was this thought:

“An artist is a collector. Not a hoarder, mind you, there’s a difference: hoarders collect indiscriminately, the artist collects selectively. They only collect things that they really love. There’s an economic theory out there that if you take the incomes of your five closest friends and average them, the resulting number will be pretty close to your own income. I think the same thing is true of our idea incomes. You’re only going to be as good as the stuff you surround yourself with […]
Identify one writer you really love. Find everything they’ve ever written. Then find out what they read. And read all of that. Climb up your own family tree of writers. Steal things and save them for later. Carry around a sketchpad. Write in your books. Tear things out of magazines and collage them in your scrapbook. Steal like an artist.“
I remember when I took the class that convinced me that writing was the only thing I could do. I was a senior in high school taking Mr. Zonyk’s Advanced Composition class. I was introverted, quiet, and starved for answers to big life questions: Where should I go to college? What should I study? Who do I want to be? (Clearly, not much has changed.) Zonyk, who I am convinced was Sean Connery’s inspiration for Finding Forrester, gave us an assignment that I will never forget. He gave us passages of classic literature and ask us to replicate the sentence structure using our own words and subjects. In a sense, we were mimicking the writers. Yet, Zonyk was not encouraging us to rip them off, he was teaching us:

We were learning how to uncover the secrets of good writing by examining sentence structure, vocabulary, and voice. After taking that class, I was a ruined reader – in a good way. Every time I read a book and fall in love with it, I find myself compulsively re-reading it to find and understand patterns and structure that distinguish the author. And I was a ruined writer – also in a good way. My new questions:
How can I write about this or that experience? How can I write it better? I needed only to read, read and read some more to find the answers.
So, thank you Kate, and thank you Austin Kleon, for reminding me that when we feel starved and empty of inspiration, or rain-sodden and depressed, we must continue to soak up the good things that will spur us toward new and better work.
Keep going, friends.
[ Photo, Images 1-3]