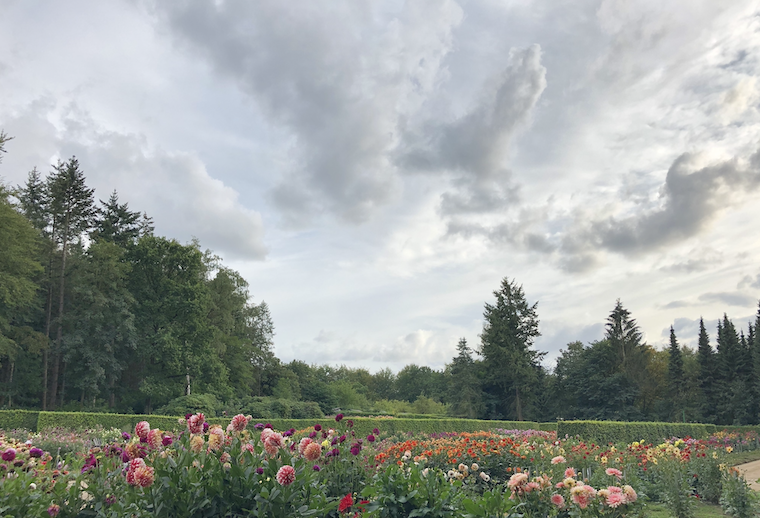 This year was such a rollercoaster. Really high highs, and very low lows. Several plot twists—a few we were prepared for, a few we weren’t. I’m disoriented, grateful, sad, hopeful, tired, restless.

When I started this year, I was really struggling at work. I had just been tossed into a new role, and was trying to find my way without much guidance or support. Somewhere in the middle of the year I felt like I found a rhythm, albeit a high-tempo, can’t stop no matter how tired or unsure you are, rhythm. It was a huge challenge that helped me grow in my professional life.

And then, plot twist, I got laid off.

We made big financial goals this year and succeeded at several of them – we PAID OFF a student loan, and we saved up for a REAL EUROPEAN VACATION that we always wanted to take and never thought we’d be able to. We faced a major medical emergency (Matt’s seizure in March) and we were able to take it in stride, financially speaking.

Oh yeah—MATT HAD A SEIZURE for the first time in nearly 20 years, and for a few heart-wrenching seconds I thought he was going to die, but he didn’t, and we slowly found a new normal. My goofy, kind, handsome, loving husband is still with me. To say I’m grateful would be the understatement of a lifetime. For nearly six months between March and September our schedule was a monster because he wasn’t allowed to drive, which meant that I drove us everywhere—physical therapy and doctors appointments, work, errands—but I can honestly say that all of the time stuck in a car in rush hour traffic strengthened our bond. The fact that we survived such an unexpected obstacle made our Europe trip all the sweeter when we finally got to go.

My favorite moment of this whole year was sitting in a tiny, closet-sized bar in Hamburg, Germany, while my husband talked to the locals about how his father’s family emigrated to America from Hamburg in the ’50s. We got tipsy and walked backed to our hotel room full of joy, high on life.

And then we tried to unsuccessfully to get pregnant this fall. I know most people don’t talk openly about this stuff and I normally don’t either, but I need to today. Because not talking about it has somehow made the gaping hole in my heart feel even bigger than it is. I finally felt ready for the adventure of parenthood, after years of processing my mother’s death and learning how to take care of myself and be an adult. I dared to name what I wanted out loud, dared to hope that it was finally time. And then everything fell apart. There was this week, around the end of October and beginning of November, where I thought I was pregnant. And then I took a test, and realized I wasn’t. My body was just faking me out, I guess. And then a couple weeks later, I lost my job.

The end of this year felt like a cruel joke.

And it has felt like a return to a truth that I wrestle with: time is a circle. Life is a series of seasons, some harder than others. Nature, even time itself, is a rollercoaster. The bad and the good both come around, again and again.

I started this decade camped out on my mother’s deathbed. In the intervening years, other parts of myself died. Some were reborn. I grew and I changed and I learned how to hope again.

I always thought of it as a return to a previous state: the dead thing becomes undead.

But that’s not exactly it, is it?

Something dies, decomposes, and eventually something new may emerge.

It’s not the same flower coming back over and over again.

It’s the same plant, but a new bud every time.

A descendant of what was, a fruit born from seasons and soil.

An ordinary miracle, if such a thing exists.

But if I’m being truthful, and today I am, I don’t want to be the person I used to be, either. I don’t want to return to who I was a decade ago. The process hurts, but it’s vital part of growing as a person. There are no shortcuts.

And so I’m in the midst of an excruciating season, but I know that another one is on its way.

Maybe the same hope, but a new plan.