2015 started with a bang, quite literally.

On the second day of the new year, my housemate and I were in a car accident.

In the week since, my memory has already begun to edit itself into a highlight reel of moments surrounding the crash. I will always remember how it happened – with no warning, no screech of tires, no horns blaring, no crunch of metal as our vehicles collided. We were driving along in one moment, and in the next, an airbag punched me in the face and I screamed. The car filled with an acrid smoke as the airbags deflated. “I can’t breathe, I can’t breathe, I can’t breathe,” Caitlin gasped. We swiped the airbags out of the way and tried to comprehend what had transpired. It happened so fast. 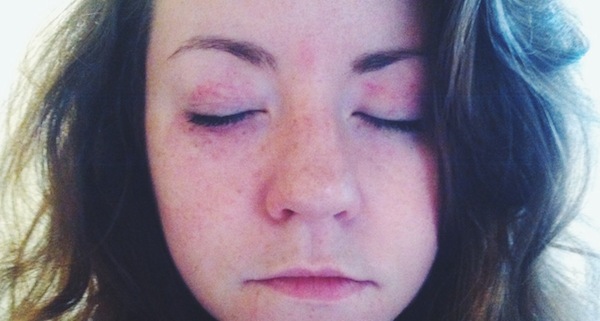 It’s taken me several days to get over the trauma of feeling like the universe had assaulted me somehow. The accident happened on the third anniversary of my mother’s death. Caitlin and I went out to dinner with our friend Emily, and then we were going to go home and watch a funny movie to try and live some modicum of normalcy and happiness on an otherwise dark day in my life. A day in which I already carry a heightened awareness of my mortality and life’s brutal, cruel unfairness. I did not need to be smacked in the face with it, thankyouverymuch. It’s a wound in and of itself that will take time to heal.

I laid around the whole weekend afterward in a sort of post-accident hangover. I wondered to myself: how am I supposed to embrace a new year, making resolutions and feeling hopeful about the future, when crap like this happens? Or, in other words:

How do I live and love in a world that scares the shit out of me, every single day?

The details of how and why we crashed don’t matter now, I guess. Caitlin’s car is totaled, and every day when I go out to toss the garbage or fetch the mail or run an errand, I see her poor Toyota Camri sitting in our driveway, folded at the front as though it were a piece of paper instead of a metal machine, and I’m reminded all over again: it was bad. And it could have been so much worse, but it wasn’t.

I’m taking it as a token reminder of my One Word for 2015: Wholehearted.

The word, inspired by Brené Brown’s Daring Greatly, holds so much interpretive potential for the 353 days to come, but for today, it means this:

Keep living and loving anyway, even when life scares you.

Dare to be vulnerable, brave, and ambitious.

Don’t tie your self-worth to your circumstances. Don’t sabotage your own joy by dwelling in tragedy and shame.

Own your healing and your words with your whole heart.

This is my sacred ground.