A few months ago, on an unseasonably cool Saturday in September, I bought a desk at a thrift store for $30. One drawer doesn’t quite close, and it bows slightly in the middle, signs that its previous owner weighed it down with too much junk. But it was sitting there on the thrift store sidewalk, full of potential, and I had just enough cash to take it home with me. It sat in the basement for weeks, holding several unpacked boxes while we worked out a rental agreement, an all-too-accurate reflection of the utter chaos of the last several months.

By some haphazard, messy miracle, we find ourselves living in a sweet little brick house in east Nashville. The rent is affordable, we have a wonderful twitter-friend-turned-housemate, and we get to have an office/guest room, a basement where my husband can host weekly band practices, and a yard for gardening. It’s everything we wanted but thought we couldn’t have right now. This miracle was born of several months of messy, unpredictable circumstances, including a brief (48 hour) stint in a cockroach-infested apartment, six weeks of crashing with generous friends, and moving all of our worldly possessions three times in four months. Oh, and my car broke down. Oh, and my blog, this very one that you are reading right now, broke down too, thanks to some shoddy coding and wonky, outdated plugins. (God bless my dear friend Sarah Joslyn for getting it up and running again.)

I’ve not been my best self through all of this, to put it mildly. During move #4, in which we transported approximately 672 boxes full of stuff that I could no longer remember owning into a house that we hadn’t yet signed a lease for – in the pouring rain, of course – I picked a fight with my husband and collapsed onto the floor in tears. He continued carrying boxes to the car while I scrolled through my Instagram feed, torturing myself with photos of other people who had houses to live in and furniture to sit on.

When we finally signed the lease and had permission to settle into our new space, my husband asked if we could move my thrifted desk into the office. I refused. I didn’t want to set it up before I’d made it perfect with a new finish and fancy desk chair, which at that point we couldn’t afford. When I finally sat down to my desk, I wanted it to be a clean slate. I wanted it to be freshly painted and bathed in sunlight, inviting me to sit down and crank out the next Great American Novel, or at least finish that memoir proposal I started almost two years ago. And so for weeks our office was a random pile of boxes, a waiting room of unresolved chaos while I held on desperately to my vision of perfect circumstances in which I’d finally be allowed to have the workspace I longed for.

I’m not sure what prompted it, but one day I finally let go. We moved the desk upstairs, sans new finish, with a chair we borrowed from a friend.

But I believe in owning my circumstances, the miracles and the mess.

It’s who I am: bent, but not broken. Unfinished, but full of potential. A work in progress bathed in light. 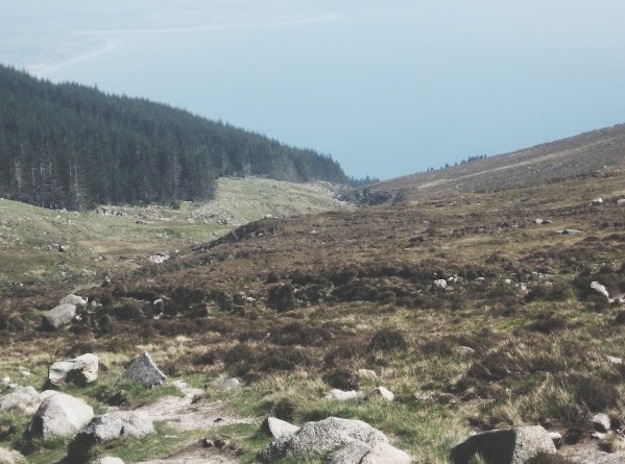